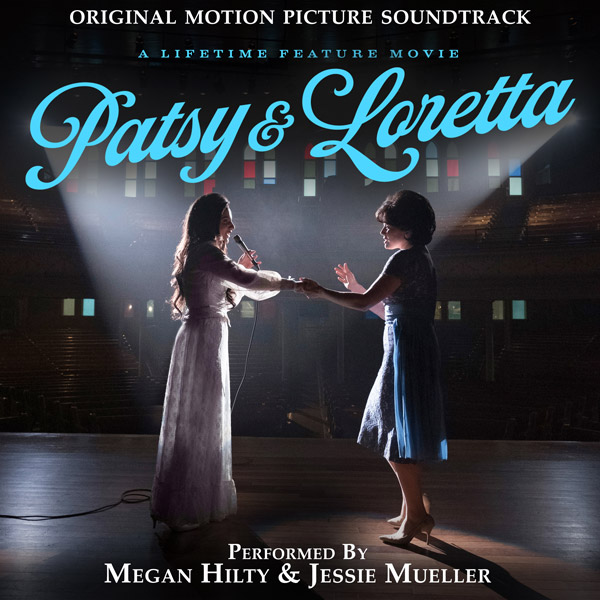 CULVER CITY, CA (October 14, 2019) – Sony Pictures Television and Madison Gate Records announce the release of “Patsy & Loretta (Original Motion Picture Soundtrack)”, a companion album to the Lifetime Feature Movie by the same title. The album features original cast recordings of songs made famous by Patsy Cline and Loretta Lynn and newly recorded by Megan Hilty (Smash, The Good Wife) and Jessie Mueller (Broadway's Waitress, Beautiful: The Carole King Musical) and produced by Tim Lauer (Nashville, Greenleaf).  The track list includes “Crazy”, “Walkin’ After Midnight”, “I’m a Honky Tonk Girl”, “The Girl That I Am Now”, “Blue Moon of Kentucky” and more.  The album also includes original score written and produced by Tim Lauer, which serves to complete the listening experience.  The album releases digitally and on CD on Saturday, October 19 and is available now for pre-order.

"In telling the story of the friendship and music of these two country music icons we were able to assemble a select group of Nashville musicians who are encyclopedias of the era and style,” stated Tim Lauer, Executive Music Supervisor for the film. “And Megan and Jessie absolutely delivered vocally! Their level of observation, preparation and dedication blew me away.  I can’t imagine more perfect casting for this project.”

Patsy & Loretta premieres on Lifetime on October 19 at 8/7c.

About “Patsy & Loretta”: “Patsy & Loretta” is based on the untold true story of the friendship between two of country music’s greatest icons, Patsy Cline (Megan Hilty) and Loretta Lynn (Jessie Mueller).  When they first met, Patsy was already one of the biggest stars in country music while Loretta was just a coal miner’s daughter, starting off with little to her name but a $17 guitar.  Instead of seeing Loretta as competition, Patsy took Loretta under her wings to help her make it in Nashville.  Soon, they became close friends, touring together, bonding over their husband troubles and commiserating on being females in the male-dominated music business. Then in 1963, the country music community was struck with a tragedy when at just age 30, Patsy died in a plane crash.  Despite the devastating loss of her friend, Loretta continued on in the industry and is today, known as the First Lady of Country Music.  To this day, Loretta remains grateful to Patsy for her mentorship and above all, friendship, as the country music trailblazer that paved the way for Loretta.