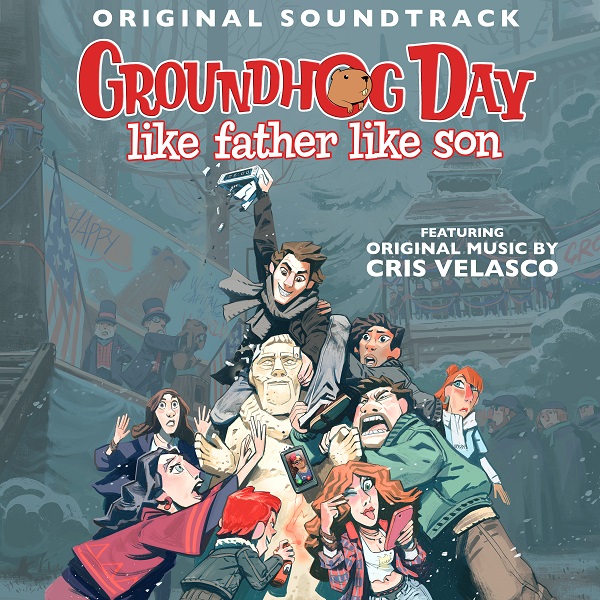 CULVER CITY, CA (September 13, 2019) – Madison Gate Records announces the release of “Groundhog Day: Like Father Like Son (Original Soundtrack)”, featuring music from the upcoming Sony Pictures Virtual Reality game by the same title. The album includes original score by prolific gaming composer Cris Velasco (Fortnite, Resident Evil, Overwatch), an original song titled “Sarah Everyday” written and performed by Cris Velasco and David Feldstein, and a collection of songs featured in the game, including “I Got You Babe” by Sonny & Cher, “Lonely Friday Night” by The Blossoms and “Shagpile Shuffle” by Orchestra Heinz Hötter, among others.  The album releases digitally on Tuesday, September 17 and is available now for pre-order on iTunes.

Commenting on his experience working on this project, composer Cris Velasco notes, “Groundhog Day: Like Father Like Son developer, Tequila Works, is no stranger to playing with time, and in this outing they’ve outdone themselves. My other projects lately have been in more of a dark/fantasy/sci-fi nature, so to take one of my favorite 80’s comedies and create a sequel score was a welcome challenge. Sony Pictures VR, MWM and Tequila Works have given me the opportunity to write something comedic, yet heartfelt and emotional by allowing me to write something comedic, yet heartfelt and emotional... uh oh...”